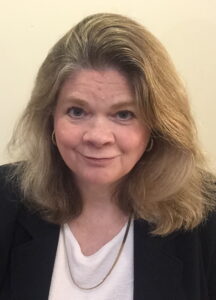 Julie Smith has over thirty years experience in litigation and government investigations, in government and in the private and nonprofit sectors. Many of Ms. Smith’s matters have involved the SEC, as client or adversary, as well as the Department of Justice, state attorney generals, the PCAOB, and FINRA. She previously served as Vice President at the Cause of Action Institute, where she directed strategic litigation against federal government overreach, appeared on national television as a public spokesperson, and argued in two U.S. Courts of Appeals.

Ms. Smith is an accomplished litigator and trial lawyer in securities cases. She represented a former Big 4 audit partner in administrative litigation brought by the SEC’s Division of Enforcement, which resulted in a dismissal after trial. She represented the former CFO of a major bank in litigation brought by the SEC, which resulted in a dismissal of all claims on summary judgment on the eve of trial. She successfully represented the former CFO of a public company in an administrative trial against the SEC’s Division of Enforcement. Ms. Smith has represented numerous individual clients in securities-related litigation.

Ms. Smith began her career as a commercial litigator at one of Los Angeles’s premier law firms. She also served as a Senior Counsel at the Securities and Exchange Commission’s Division of Enforcement, and in the SEC’s Office of General Counsel.

Ms. Smith is licensed to practice law in the District of Columbia, Virginia, and California. She has been admitted to practice before multiple federal district courts as well as the D.C., First, Ninth, and Eleventh Circuits and the U.S. Supreme Court.