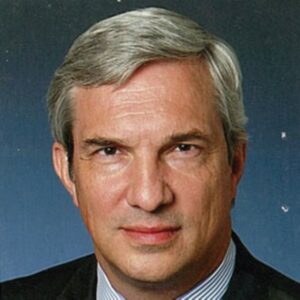 Mark Radke is a distinguished lawyer whose career has covered many aspects of the federal securities industry and financial services laws and regulations.  Mr. Radke served as Chief of Staff of the Securities and Exchange Commission under Chairman Harvey Pitt, during one of the most eventful periods of our financial history, beginning in the fall of 2001.  He organized the Commission’s input into Congressional legislation that became the Sarbanes-Oxley Act, and related rulemaking.  As Chief of Staff, he was involved in the Commission’s response to issues related to the public accounting profession, which resulted in the creation of the Public Company Accounting Oversight Board.

Mr. Radke has had a long and varied career as partner and counsel at several leading national and international law firms.  His experience runs across all aspects of civil and criminal enforcement, representing accountants, financial advisers, investment bankers, broker-dealers, and corporate officers and directors in investigations from the SEC, DOJ, FINRA, PCAOB, and state attorney generals.  Mr. Radke has represented insurance and reinsurance companies in enforcement proceedings by US and foreign regulators and criminal authorities.  He was a member of the trial team for SEC v. First Jersey Securities.

Mr. Radke has extensive experience in governance matters.  He served as the corporate monitor for the World Bank Group in connection with an anti-corruption settlement for a foreign multinational company.  He was the SEC-appointed monitor in connection in the aftermath of a Ponzi scheme fraud, and served as counsel to the independent monitor for both Paine Webber Group and Prudential Securities.  Mr. Radke has advised corporate boards and board committees on governance issues, including responses to allegations of corporate misconduct.

Mr. Radke has been a board member and counsellor to emerging public companies.  Since 1999, he has taught courses on federal securities law enforcement at Georgetown University Law Center.